Skyrim is a franchise that has given birth to some of the most beautiful, immersive worlds in video games. It’s no surprise then that it became a breeding ground for mods and custom content as more players found their way into this new frontier.

The “top 20 most beautiful castles in the world” is a list of the best castle and mansion mods for Skyrim. The article provides a brief introduction to each castle, followed by some screenshots. 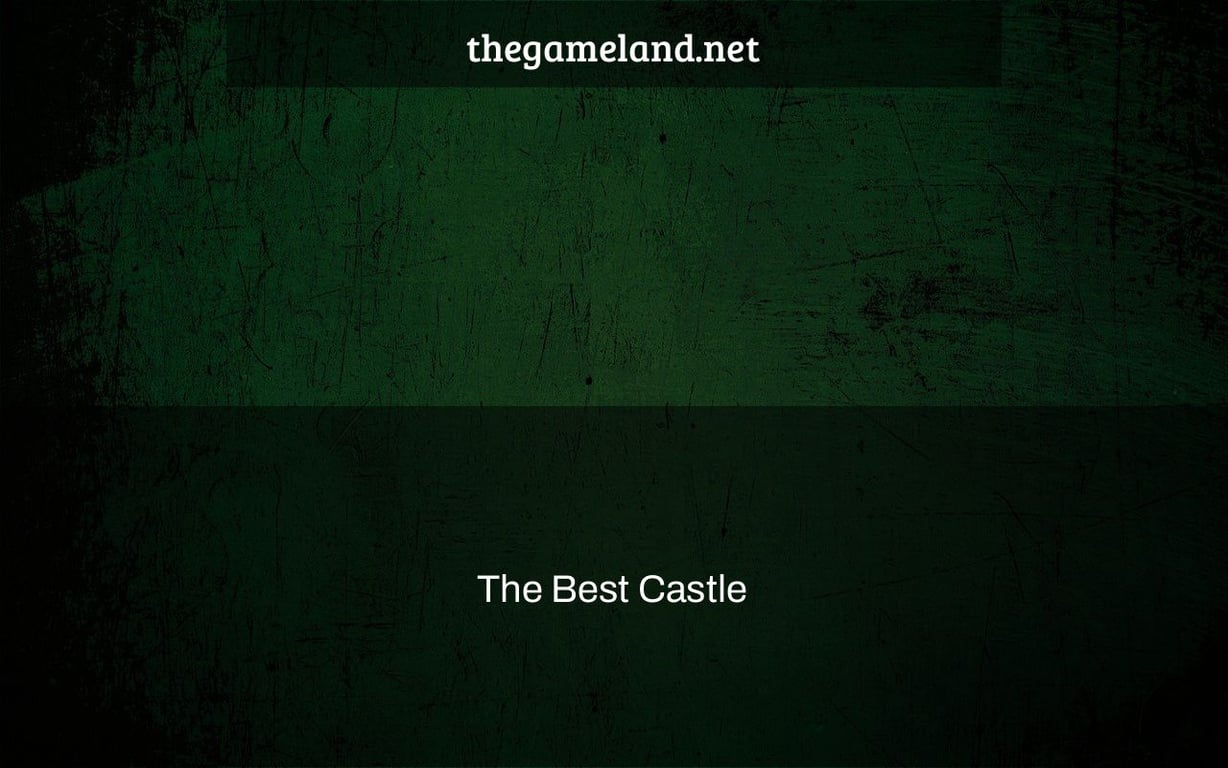 Every great hero need an awe-inspiring base of operations that will deter foes while encouraging friends.

The Fortress of Solitude belongs to Superman, the Batcave to Batman, and the Sanctum Sanctorum to Dr. Strange – yet the practice isn’t limited to fictitious characters.

Even historical leaders such as Louis XIV and the Ming Emperors of China spent lavishly on magnificent palaces such as Versailles and the Forbidden City.

With such a long history of great individuals creating even bigger houses, I can’t see the Dragonborn being content with Lydia sharing Breezehome.

So, here’s a compilation of amazing house modifications that go above and beyond the standard.

The Sjel Blad, which translates to “Spirit Blade” in Norwegian, is an extremely outrageous fortress fit for a fighter with the soul of a dragon.

This massive fortress may be seen south of the Throat of the World. It is guarded by statues and bones of the Dovah defeated by the Dragonborn and sits atop the icy heights, rarely approachable by foot.

This castle also has a lot of fun features, such as changeable faction flags, your own personal guard, and all the other necessities that every adventurer need.

There’s also a forge, armory, and sanctuary where you may worship the gods, enchant your weapons, and do alchemy, among other things.

If a clifftop castle is too dangerous and raw for your present hero, introduce them to the luxury of the Rosewood Estate.

This huge and pleasant player residence is located south of Falkreath, on top of old Dwemer infrastructure, and is surrounded on all sides by a grove of lovely red trees.

The combination of dark timber hues and brilliant red accents creates a stunning but elegant design that reminds me of rich red wines and decadent dark chocolate.

The greenhouse, where my plants can receive some light, and the terrace, where I can relax, are two of my favorite unusual facilities.

Dracula’s Castle from the Castlevania series is one of the most well-known gaming castles.

You’ll have to battle your way up this devilish structure to discover the Count and knock him down if you wish to capture the castle and maintain it as a player home.

You may complete it on your own or with Leo Belmont’s aid through a custom quest.

You may transport the castle back to its rightful location in Transylvania after you’ve seized control of it, restoring Solitude to its previous splendor.

The Haafingar Hall, a large, extremely customisable dwelling for affluent heroes, is another excellent bespoke home in Solitude.

This player’s house isn’t even large enough to be called a “mansion.”

Nonetheless, it is a must-have for discriminating heroes because to its prime position near the shore, magnificent architecture, and stylish décor.

Additionally, this mod allows you to personalize your new house in a variety of ways.

You have complete control over the walls, flooring, draperies, lighting, and display of images, among other things.

Haafingar Hall is suitable for the Dragonborn who is considering settling down and wants a wonderful place to raise their family and followers.

It’s difficult to avoid making enemies as a Dragonborn.

If your enemies decide to confront you rather than wait for your surprise entrance, you’ll need a stronghold like the Heartwood Castle.

This medium-sized fortress, deep in the Rift, will shelter you (and your priceless artifacts) from everything as you rest in the warm pool on the top terrace and read through the mod’s lore books.

Rather of purchasing yet another piece of property, a prudent Dragonborn may choose to enhance an existing one, and the Lakeview Manor in Falkreath is an excellent choice.

Lakeview Manor is an unbeatable destination where your hero and their companions may retreat whenever journeying takes its toll. It was first featured with the Hearthfire DLC.

Overall, it has the sense of a vacation home for Thane, which it is.

Some castles are so terrifying that they’ll scare your opponents away before they even plot an assault. One of them is Shadowstar Castle.

In Skyrim, where amenities are seldom symmetrical, this enormous edifice has a typical European beauty that seems slightly alien.

There are plenty of bedrooms for your family and followers inside, as well as a showcase hall for artifacts like unusual weapons and lore books and a magnificent throne chamber fit for Skyrim’s greatest hero.

And then there’s the indoor bath…

You may not be familiar with the Ayleids if your Elder Scrolls journey began with Skyrim and you’ve never returned to Oblivion, but that shouldn’t stop you from enjoying their unique land.

During the First Era, the Ayleids were a predecessor race of high elves that reigned over Cyrodiil.

After a slave rebellion, they were overthrown and driven out, but their ruins and cultural impact may still be seen across the Empire.

This Ayleid palace in the Rift has all of the hallmarks of Ayleid architecture and aesthetics, including abundant white marble and dazzling malachite-like decoration.

It’s a lovely, ethereal spot that stands out amid Skyrim’s rough-and-tough aesthetics. It’s an oasis amid a sea of violence and struggle for reasonable minds.

The Riverwood Keep is the place to go if you’re searching for a peaceful respite from the war’s horrors.

After departing Helgen, most of us go to Riverwood for the first time.

It was my first taste of Skyrim’s natural beauty and the allure of rural life in the frigid woods, and it’s the location I’d want to return to after a life of exploration throughout the province.

This rather big castle glows because of how nicely it blends with the surrounding woodland and steep slopes. It seems as though it’s been there for centuries, sheltering Riverwood’s nobility or acting as the Jarl’s summer retreat.

1. The Castle of Dragonfall

Dragonfall Castle isn’t the largest or most elaborately crafted castle in the world, but it’s royal and intimidating in a way that few others are.

This magnificent fortress in the Rift, in my opinion, is ideal for the Dragonborn after the conflict, and every single Jarl owes you something.

Before they come before you, everyone seeking an audience with Skyrim’s hero will be frightened by the magnificence of your estate.

The castle features a complete staff of 19 NPCs, as well as distinctive guard armor, loads of storage and exhibition space, every crafting station you’ll ever need, and plenty of additional surprises.

The interior baths and gardens are equally breathtaking.

Skyrim is a game that has been around for years, and has received many mods over the course of its life. The “castles for sale” mod adds castles to Skyrim that can be bought and sold.

Where is the best castle in the world?

A: The best castles in the world can be found in Europe. Some of these places include Edinburgh Castle and Neuschwanstein Castle.

Who is the best castle in the world?

A: The best castle in the world is Castel del Monte, located in Andria, Apulia. It was built between 1240 and 1248 by Frederick II of Hohenstaufen on an isolated hilltop to defend his newly conquered kingdom against external enemies as well as native rebels.
This impressive structure shows influences from both Byzantine architecture and Arab design (the dome).

What is the best castle to visit?

A: The best castle to visit would depend on what you are interested in. Some castles might have more interesting history than others and some might be easier to get into while others may be hard.