How do you make games more fun? You add new items, of course! This month’s update for the popular mobile game Crab Game has added lots of new crates to open. Some contain cosmetic items others have a chance at rare treasures like coins and gems as well as some special rewards. 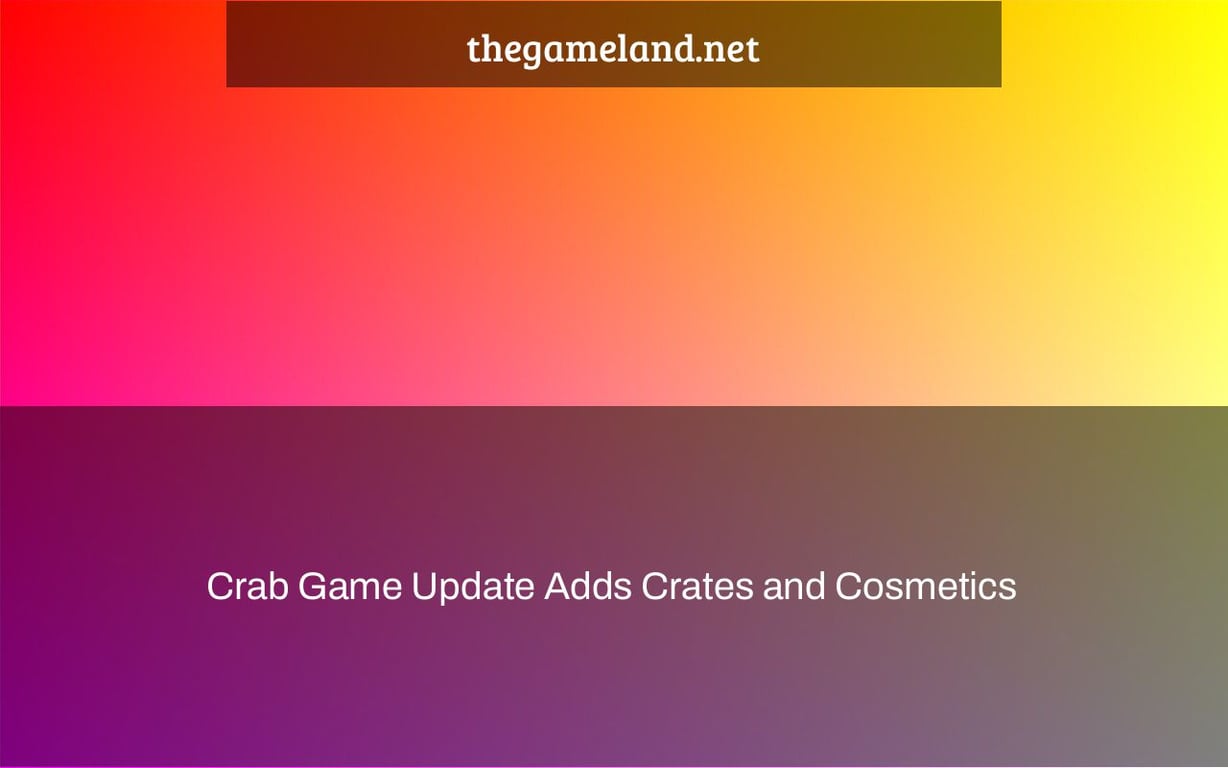 Squid Game competitors donned identical green jumpsuits, allegedly to ensure perfect equality. Fairness was a major feature of the games, according to the game master, thus any variation would probably be less fair. Crab Game, on the other hand, is legally separate from Squid Game in every aspect that counts, thus they are free to do anything they choose. This is why the most recent Crab Game update included cosmetics and crates.

Players have been wanting some kind of aesthetic system for their characters for nearly as long as the game has been available, according to Dani, the game’s creator, and after a bit of work investment, they were eventually able to put one together. And with compatibility for Steam Inventory, no less!

Crates and cosmetics have been added to the crab game.

The way it works is that all cosmetics are kept in crates, which you may acquire by just playing the game. Every time a game ends with a single player remaining (and it doesn’t have to be you), every participant in the game receives one crate. When you open the container, you’ll find one of more than 50 cosmetic items. By the way, opening crates is completely free; you don’t need to purchase a key or anything.

Cosmetics may be attached to one of your character’s four slots:

There’s also a potential that your cosmetics have distinctive colorations, small glittering effects surrounding them, or the name “YIKE” branded on them. I’m not sure what it implies.

You may earn crates in addition to finishing games via the new daily quest system, which requires you to win specific minigames, execute certain acts, and other similar duties. After completing a daily mission, you’ll get a box, and you’ll receive another daily quest 24 hours later.

As previously stated, all cosmetics are compatible with Steam Inventory, which means they may be swapped and sold on the Steam Marketplace if desired. It’s also where you’ll discover the only paid cosmetic, the Gotci Banana, which costs $1.99 and isn’t found in crates.

This method does have a few flaws. To begin with, you can only earn a set amount of crates each day, however Dani did not specify how many. When you’ve hit your daily limit, the game will most likely notify you.

Second, bad sportsmanship will result in a drop in the pace at which you acquire crates. Being a toxic player, being reported, being booted or banned from a server, or hacking will all result in your crate drops being taken away. Dani did add that if you’re “simply banned or booted by a poor / salty host,” this won’t happen, but it’s unclear how this would be determined.

Dani has said that the system may be unstable since they “actually finalized the system like 5 minutes before uploading this version,” thus bug patches should be available soon.